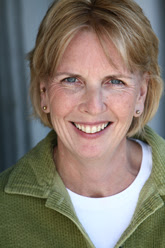 The Anatomy of a Joke
By comedienne and comedy writer Jan McInnis
Want to add a few jokes to your next written piece? No problem. As a professional stand-up comedienne and writer who stays afloat by selling volumes of jokes each month (Clinton’s antics paid my mortgage and Bush isn’t doing too badly either), I’ll pass on some joke writing tips that’ll send you in the right direction. Since there are no formal “rules” to joke writing, I’ve made up my own…

Jokes involve a set-up with the subject and facts, and a punch line that highlights the irony, twists the joke in another direction, or gives an outrageous result.

RULE 1: Use familiarity, word associations and common assumptions. We know Strom Thurmond is old (okay, dead, but I like these examples, so play along), Liz Taylor is fat, etc. So take your subject and list phrases, synonyms, stereotypes, sayings, people, places and things connected with it. If you do this when writing an age joke for example, and you want to describe how old someone is, then just list words you associate with old… and you may get – “I won’t say he’s old, but he baby-sat Strom Thurmond.”

Or when trying to describe how chubby someone is, list out chubby people or things and you might get “I won’t say she’s chubby, but she gives her hand-me-downs to Liz Taylor.” You get the picture. Using an analogy is funnier than just saying someone is fat or old. Also use familiar set-ups like “he’s so cheap…,” “this town is so expensive…“and brainstorm what things are cheap, expensive, etc. to get some comparisons.

JAN’S TOPICAL JOKES
I write a bunch of topical jokes every day for radio. . . some of the good ones still don’t make it on for various reasons.. .. here’s a couple., ,

–For the first time, President Bush did NOT tell jokes at the Annual White House Correspondent’s Dinner. He wanted to, but that would mean he’d have to pull at least half a dozen of his writers off the “put a good spin on Iraq” speeches, which would put him way behind schedule.

–Booted “American Idol” contestant Sanjaya Malakar says he wishes he could go back to the days when no one knew who he was. Hey, follow Gary Coleman around. . . it could happen.

–Larry Birkhead says he wants to keep his and Anna Nicole Smith’s daughter out of the limelight. Which won’t be too hard to do once he piles all that cash around her.

–According to a reporter who got a job as a phone sex operator, the only people getting rich in that industry are the:
A.) Phone companies.
B.) Owners.
C.) EX-WIVES IN THE DIVORCE.

–According to “Lavalife Magazine,” if your date is flirting with the male waiter, you should:
A.) Get her to leave the restaurant.
B.) Ask to be reseated in another section.
C.) STOP HITTING ON THE WAITRESS.